On 25 January 1971, the sixteen-story apartment building at 2000 Commonwealth Avenue progressively collapsed during concrete placement for the mechanical penthouse floor slab above the main roof. SGH investigated the cause of the collapse, which encompassed the east end of the flat slab concrete structure from roof to ground.

Highlights of our investigation include the following:

Based on our investigation, SGH concluded that the progressive collapse was caused by the following construction deficiencies:

The procedural causes noted above resulted in the shear failure of a column supporting the roof slab. The accumulation of loads of the collapsed structure on the lower levels led to the progressive collapse of the subsequent levels. 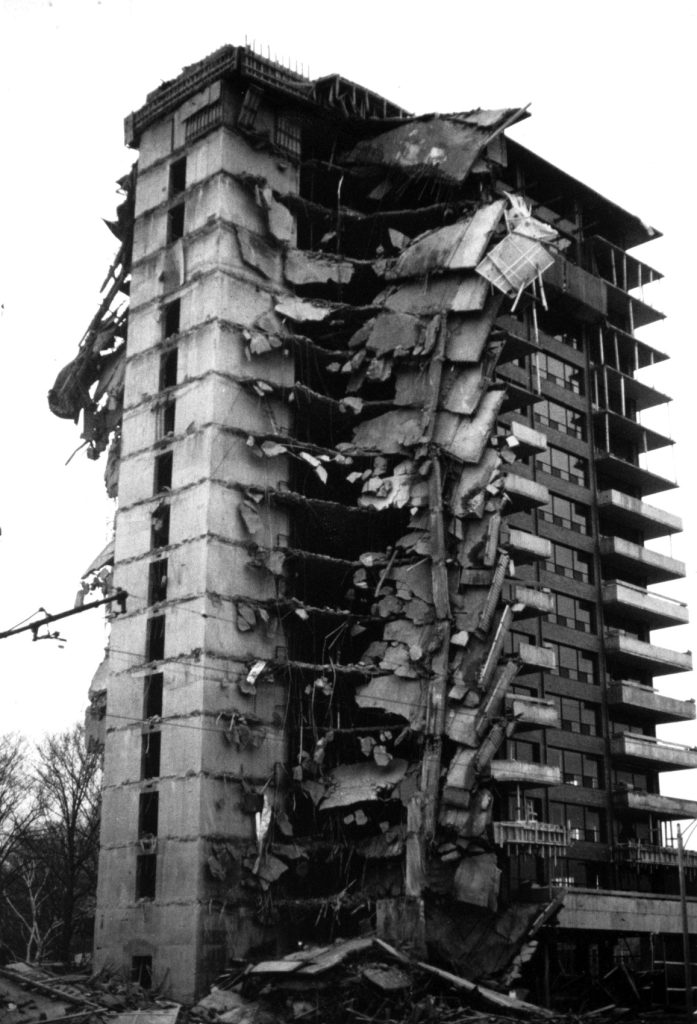 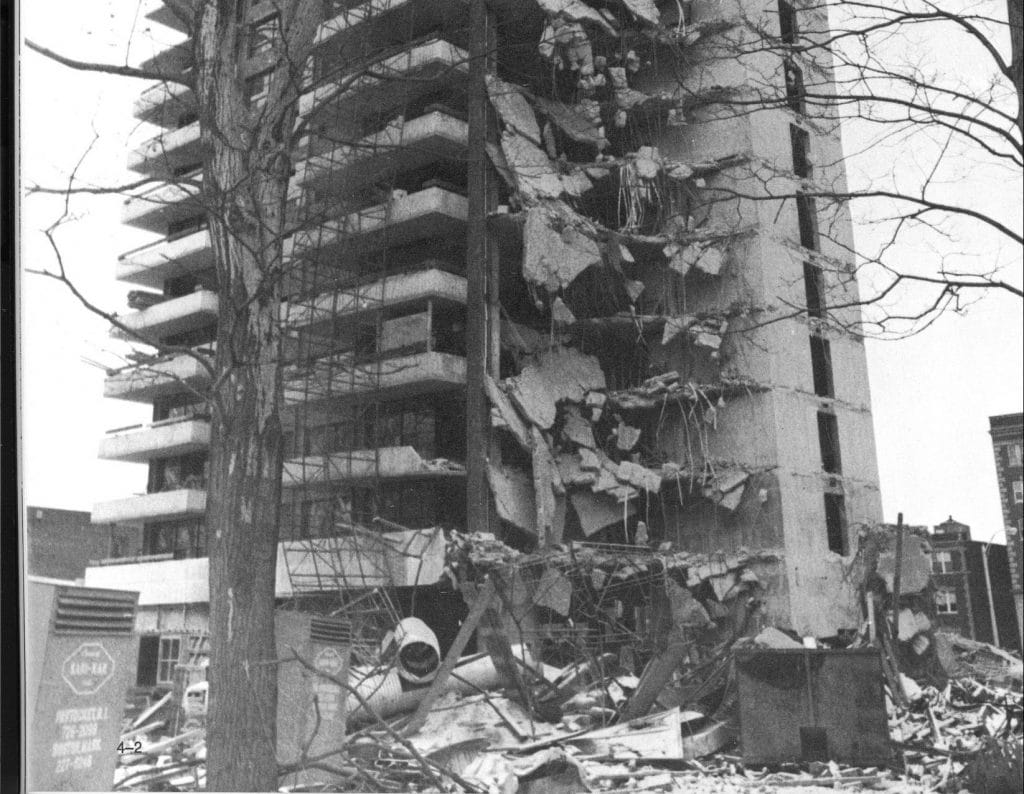 With exposed brick and timber framing, the apartments offer modern amenities with nods to the building’s history. SGH evaluated timber beams as part of the adaptive reuse project.
Northeast

Constructed in the late 1800s, Waverly Hall is part of the Harvard Square Historic District. The owner wanted to create modern micro apartments while maintaining its historic character. SGH worked as the structural engineer of record and building enclosure consultant for the rehabilitation.
See All Projects