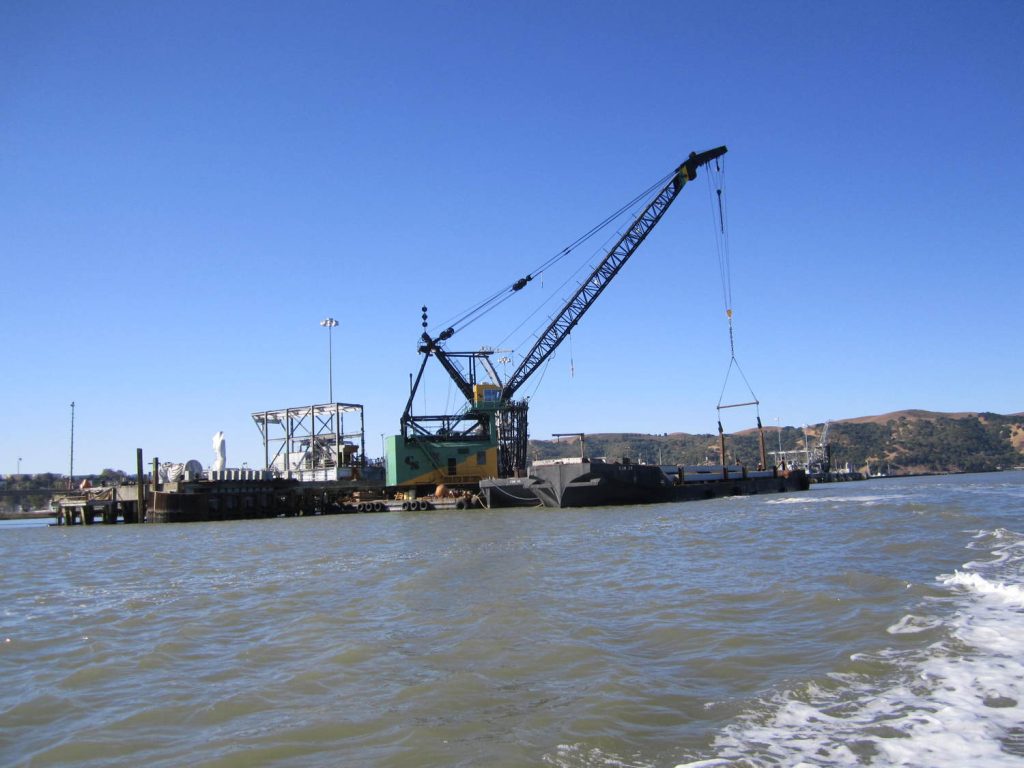 The seismic assessment of the original wharves indicated that the existing 1960s-era prestressed concrete piles and batter piles were inadequate to resist the larger seismic displacement demands associated with new seismic performance standards. The existing piles were insufficiently detailed and vulnerable to damage as well as loss of function if lateral deflections of the wharf deck were too large.