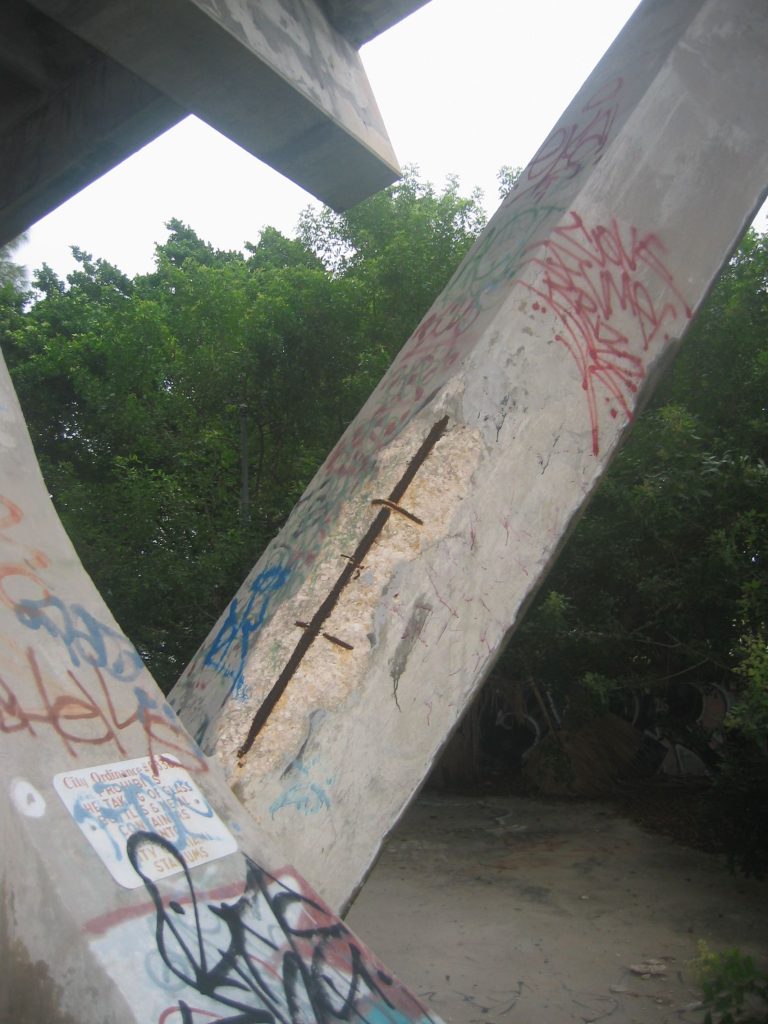 Built in 1963 on the Miami, FL, waterfront, Miami Marine Stadium features a concrete hyperbolic paraboloid roof, one of the longest non-truss cantilever roof spans in the world. About one-third of the stadium is built over the water on concrete piers. In 1992, shortly after Hurricane Andrew, the city closed the venue because of safety concerns after cracks were observed in several portions of the roof shell overhanging the grandstand. A limited condition survey of other major elements of the stadium structure identified corrosion-related deterioration that required evaluation and repair. Since then, only minimal maintenance has been done, and the stadium has remained unused. In 2009, a new study was conducted to define the cost of structural repairs and identify alternatives for protection of the structure to prolong its useful life.

Concrete Repairs and Waterproofing at the Harvard Towers Parking Garage

Evaluating the Conditions of the Miami Marine Stadium