Evaluating the Conditions of the Miami Marine Stadium 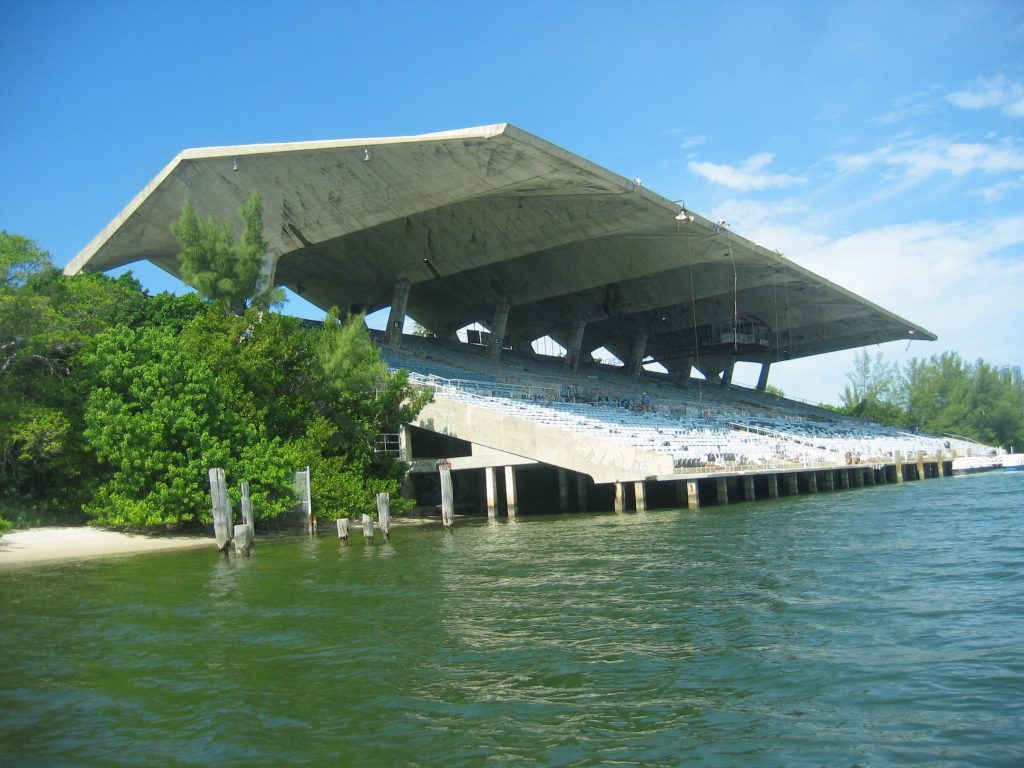 Built in 1963, the Miami Marine Stadium is an iconic modernist landmark on the Miami waterfront. The 6566-seat cast-in-place concrete stadium has a footprint of approximately 125 x 330 ft (38 x 100 m). The eight-bay, origami-like folded roof has a clear span cantilever extending over 66 ft (20 m). Approximately one-third of the stadium is built over a salt water lagoon on concrete piles. Originally purpose-built for power-boat racing, during its 28 years of operation (1964 to1992), the Miami Marine Stadium was also used extensively for concerts, rallies, and community events. The stadium fell into disrepair in the early 1990s and has not been in use since then. Since the stadium’s closing, new concrete damage appeared and the existing damage continued to extend. This presentation describes the results of a condition evaluation of the stadium to identify alternatives for repairs of the concrete structure and corrosion mitigation measures to prolong its useful life.