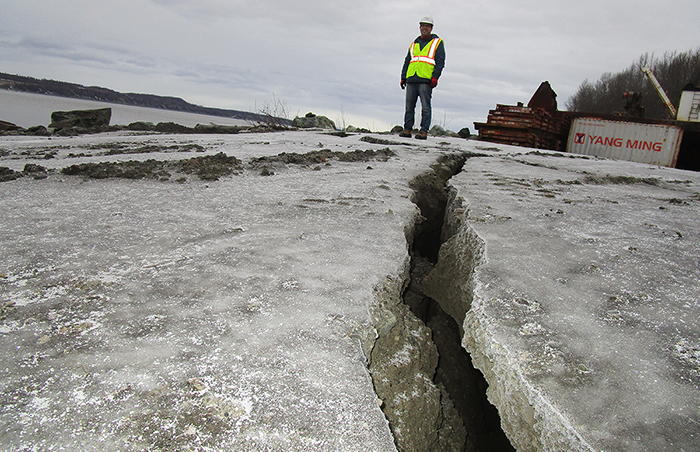 On 30 November 2018 at 8:29 a.m. local time, a magnitude 7.0 earthquake rocked metropolitan Anchorage, Alaska. The earthquake – caused by a rupture of the Pacific plate twenty miles under nearby Point MacKenzie – resulted in twenty seconds of shaking in the city. There were no reported deaths, but early estimates from state and federal officials put the damage to homes, businesses, and public facilities at $76 million.

Shortly after the event, I traveled to Anchorage to perform reconnaissance of the earthquake damage in the area. During my visit, I observed ground cracks, lateral spreading, bluff failures, and liquefaction. Anchorage is no stranger to large earthquake events – the city was the location of the Great Alaska Earthquake of 1964, one of the largest earthquakes in recorded history. That earthquake was a magnitude 9.2 event that caused massive landslides throughout Anchorage, resulting in significant economic loss across the region.

In general, the observed distress from 2018’s earthquake was significantly less severe than the 1964 Great Alaska Earthquake. However, the Alaska Earthquake Center expects aftershocks to continue for at least a year, which gives locals a reminder of two fairly obvious questions: when will the next big one hit, and is the region prepared?

Equipment Capacities from Earthquake Experience Data for Use in Fragility Calculations