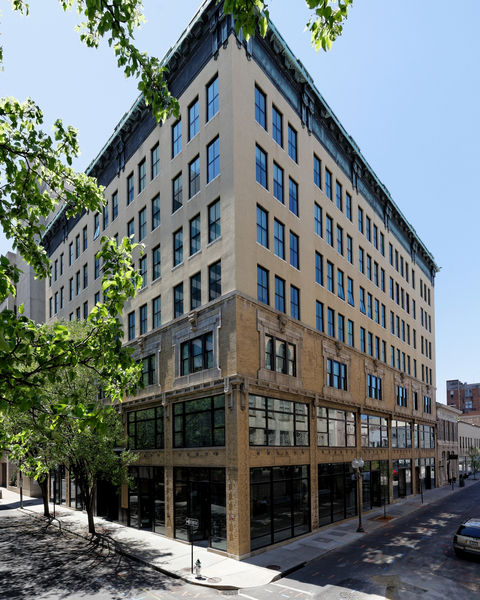 The April 2015 issue of STRUCTURE magazine features an article by SGH’s Eric Ober and Robert Antes. The article, titled “Parkway 301: Adaptive Reuse of the Shenandoah Building”, describes the challenges encountered during the adaptive reuse project, including hidden structural deterioration that had been unknown due to insufficient documentation of the existing construction. The seven-story building, originally constructed in 1910 and vertically expanded in the early 1920s, was adapted to house residential apartments in the upper floors over renovated ground floor retail space.