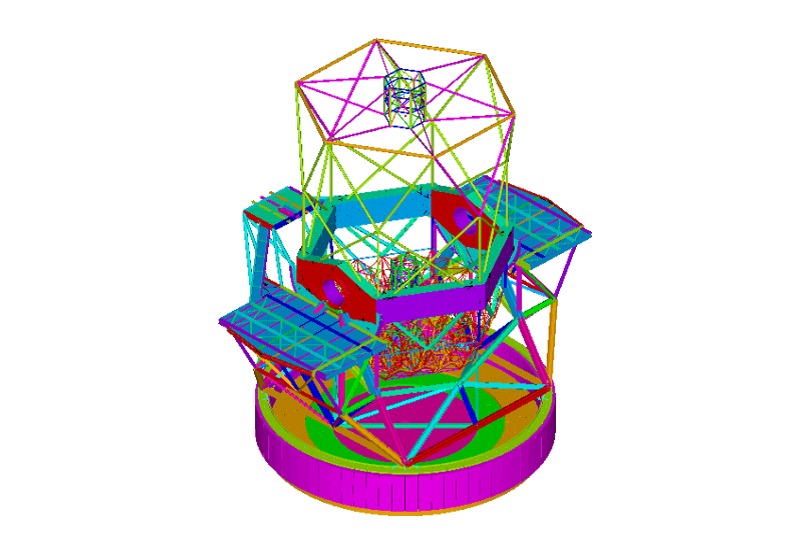 On 15 October 2006 a large earthquake damaged both telescopes at Keck observatory resulting in weeks of observing downtime. A significant portion of the downtime was attributed to recovery efforts repairing damage to telescope bearing journals, radial pad support structures and encoder subsystems. Inadequate damping and strength in the seismic restraint design and the lack of break-away features on the azimuth radial pads are key design deficiencies. In May, 2011 a feasibility study was conducted to review several options to enhance the protection of the telescopes with the goal to minimize the time to bring the telescopes back into operation after a large seismic event. At that time it was determined that new finite element models of the telescope structures were required to better understand the telescope responses to design earthquakes required by local governing building codes and the USGS seismic data collected at the site on 15 October 2006. These models were verified by comparing the calculated natural frequencies from the models to the measured frequencies obtained from the servo identification study and comparing the time history responses of the telescopes to the October 2006 seismic data to the actual observed damages. The results of two finite element methods, response spectrum analysis and time history analysis, used to determine seismic demand forces and seismic response of each telescope to the design earthquakes were compared. These models can be used to evaluate alternate seismic restraint design options for both Keck telescopes.