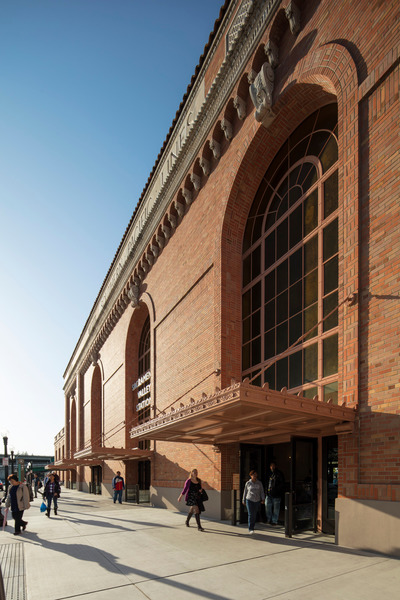 Buildings located close to transportation corridors experience structure-borne sound and vibration due to passing traffic, which can be disruptive to operation of sensitive equipment in manufacturing, and medical facilities. Structure-borne sound and vibrations, when high may also be annoying to human occupants in residential, office, and commercial buildings. Hence, there is a growing need for cost effective sound and vibration predictions to evaluate the need for mitigation. The research focuses on in-situ testing of a full-scale building for verification of a previously developed impedance-based methodology and to create a prediction model to study ground-borne vibrations in the test building. A mitigation methodology was also examined using the verified prediction model. Impedance modeling involves the propagation of axial waves through columns combined with the impedance of the intermediate floor slabs. The vibration transmission in the building was characterized and predicted using a single column model with attached floors. Train-induced floor vibrations in an existing four-story building in Boston were measured and compared with predictions of the impedance model. The impedance model predictions closely matched with the measured floor responses. A previously suggested mitigation method was investigated analytically using the impedance model. A thickened floor referred as the “blocking floor” was used on the lower elevation of the building and the reduction in vibration at the upper floors of the building was compared for various thicknesses of the blocking floor, to study its efficiency. The blocking floor has high impedance and reflects a major portion of the vibration transmitting in the columns preventing it from reaching the upper floors. The blocking floor was found to mitigate the transmission of ground-borne vibrations to upper floors.