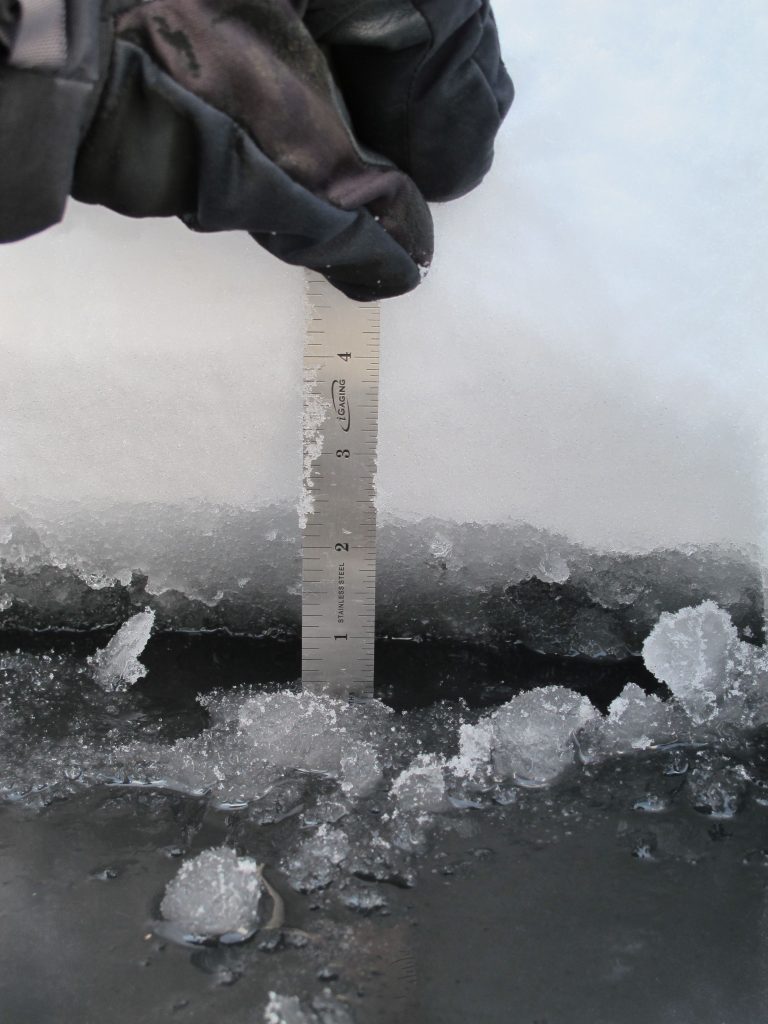 During winter months, snowstorms can blanket colder areas with snow and ice in amounts that typically do not adversely affect building structures and infrastructure. However, unusual weather patterns that combine sequences of frequent storms with cold temperatures before and after these storms can damage roof structures and cause roof failures.

The trajectory of New England nor’easters can create a dangerous cycle of heavy snow followed by strong northerly or northwesterly winds. In cold temperatures, snow is relatively light and prone to transport by the wind. Winds during and after nor’easters can create accumulations as the snow drifts against roof obstructions, such as rooftop air handling units, rising walls, or other changes in elevation. In these instances, it is important to understand how drifting snow loads affect roof structures, and to develop an ongoing maintenance plan to remove snow when necessary. 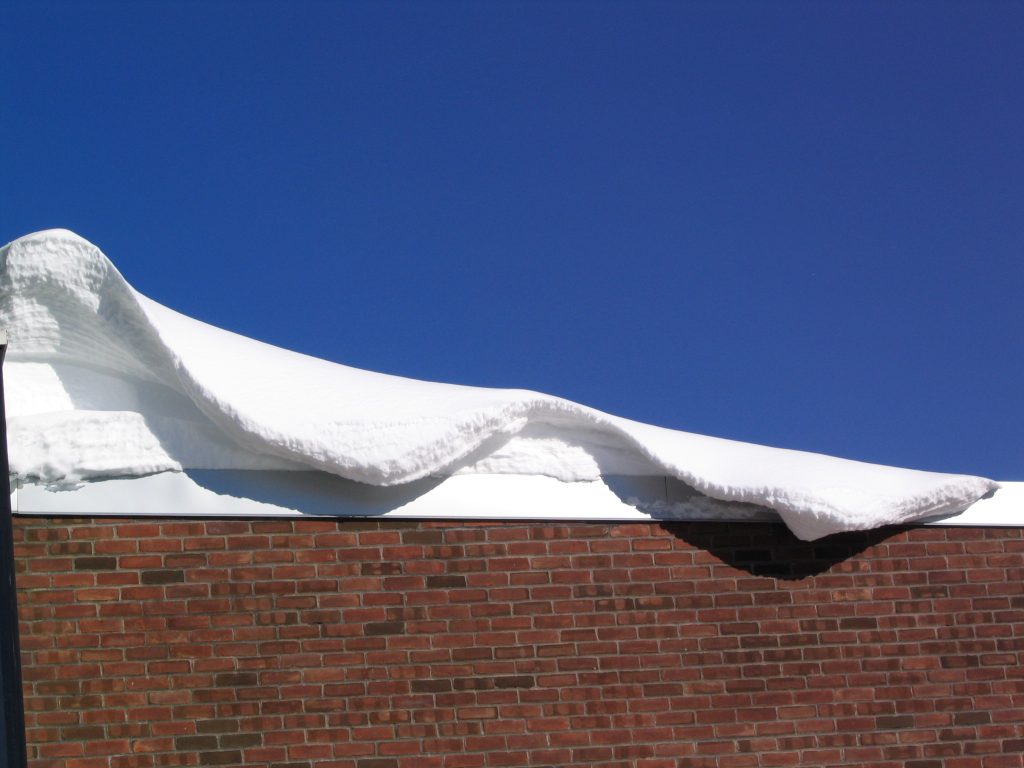 Assessing the snow load on a roof requires more than merely measuring its depth.

Assessing the magnitude of snow loads on a roof after a storm, or after a series of storms, requires an understanding of the degree to which the snow has consolidated. Snow densities can vary from values as low as 5 pounds per cubic foot (pcf) for freshly deposited light and fluffy snow to as high as 40 pcf for wet frosty snow. Snow packs can even have ice at the bottom formed from a combination of melting from building heat and the weight of the pack. Since snow densities vary as deposited and snow compacts over time, assessing the snow load on a roof requires more than merely measuring its depth. Accurately determining the snow load on a roof requires weighing representative samples of the full depth of the snow pack and extrapolating the measured conditions to the observed accumulations. 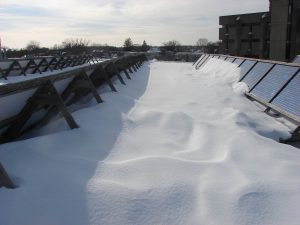 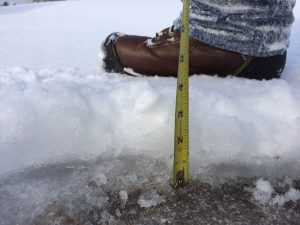 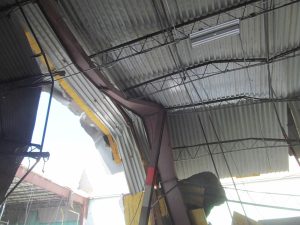