Collapse of the I-280 Maumee River Bridge Launching Gantry in Toledo, Ohio 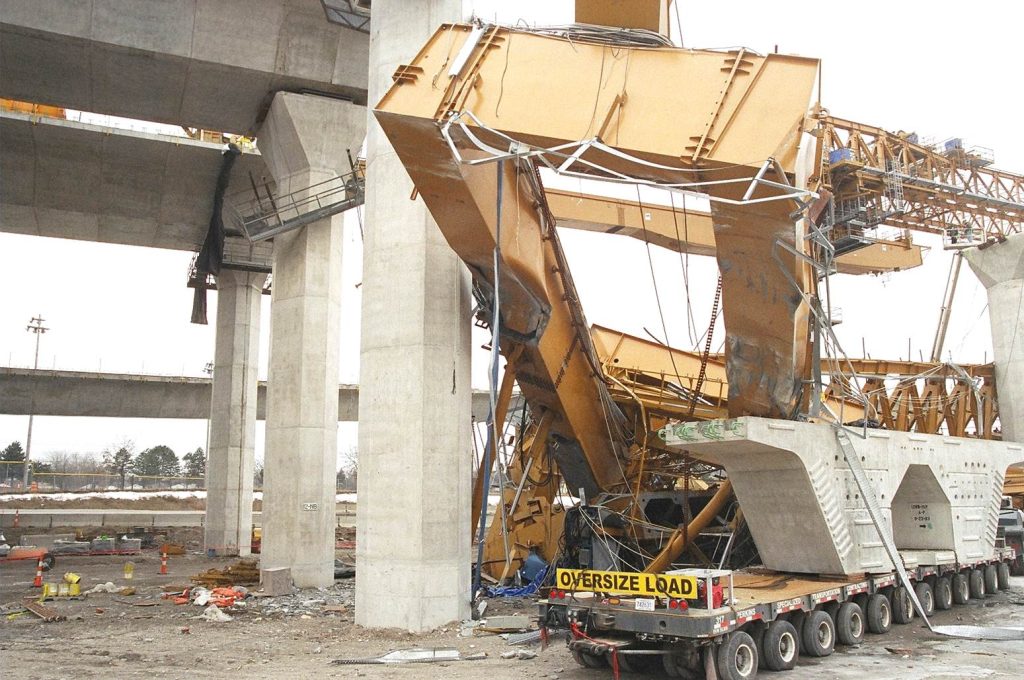 On 16 February 2004, one of two identical launching gantries used for the parallel construction of the approach viaducts for the I-280 Maumee River Bridge crossing collapsed. The collapse killed four workers and injured four others. Each launching gantry consisted of two overhead steel trusses and a central lower steel-box-girder underbridge. The trusses spanned between adjacent piers and supported precast concrete segments for post-tensioning. Once a concrete span was post-tensioned, the trusses were moved forward across the newly completed span and the underbridge, which was advanced before the subsequent span. The process was then repeated. Simpson Gumpertz & Heger Incorporated (SGH) was on site after the collapse to observe and record the debris in place and as it was removed. SGH also had access to the second, essentially identical, launching gantry in its position on the approach viaduct. From review of the two launching gantries and construction records, it was clear that modifications were made to the method and extent of anchoring the gantries to the new bridge. The results of our analysis indicated that the failure to install prestressed rods at the stools supporting the rear legs of the gantry trusses meant there was insufficient resistance to movement when the underbridge was reversed backwards into a pier. This paper presents our investigation of possible failure sequences and their correlation to the facts observed on site.