Built in 1969, the twelve main terminal gates at Little Rock National Airport were handling nearly three times the intended number of flights for the original design. Given the amount of growth, the airport authority is undertaking a phased renovation and expansion based on the 2020 Vision Plan. Phase 1 of the plan included extension of the south canopy, renovations to the existing lobby and ticketing areas, upgraded baggage handling, and expansion of the security checkpoint. Phase 2 will result in a seventeen-gate concourse. SGH provided structural and seismic engineering for both the renovations and new construction.

For Phase 1, SGH designed the structural alternations and seismic retrofit for the existing buildings that house the ticketing areas, airline offices, and administration offices. Highlights of our work include the following:

In Phase 2 of the project, SGH provided structural engineering services for the new terminal and concourse that included the following: 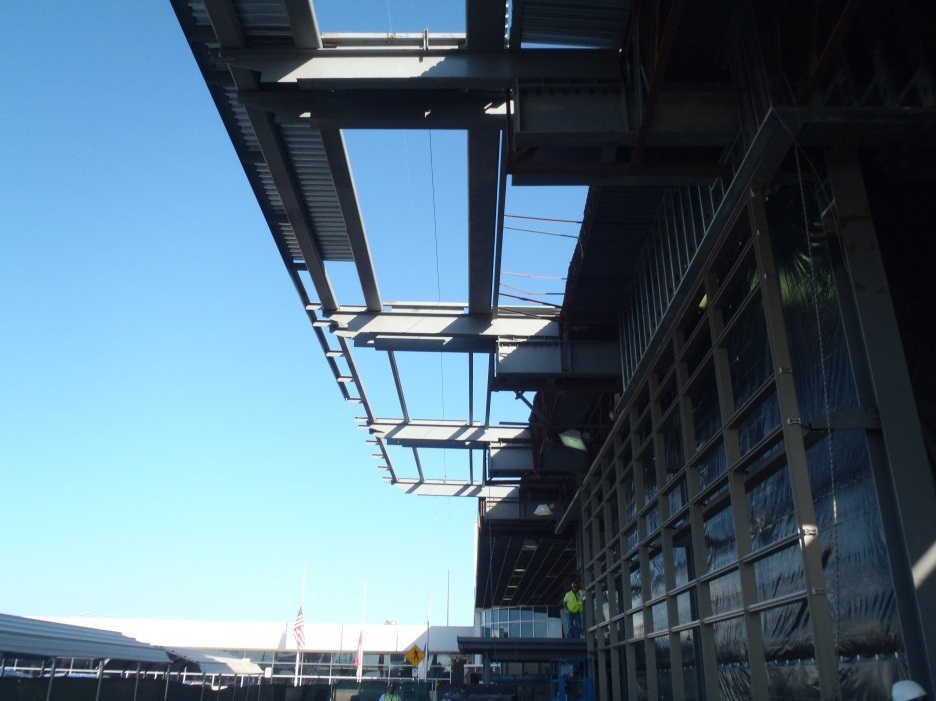 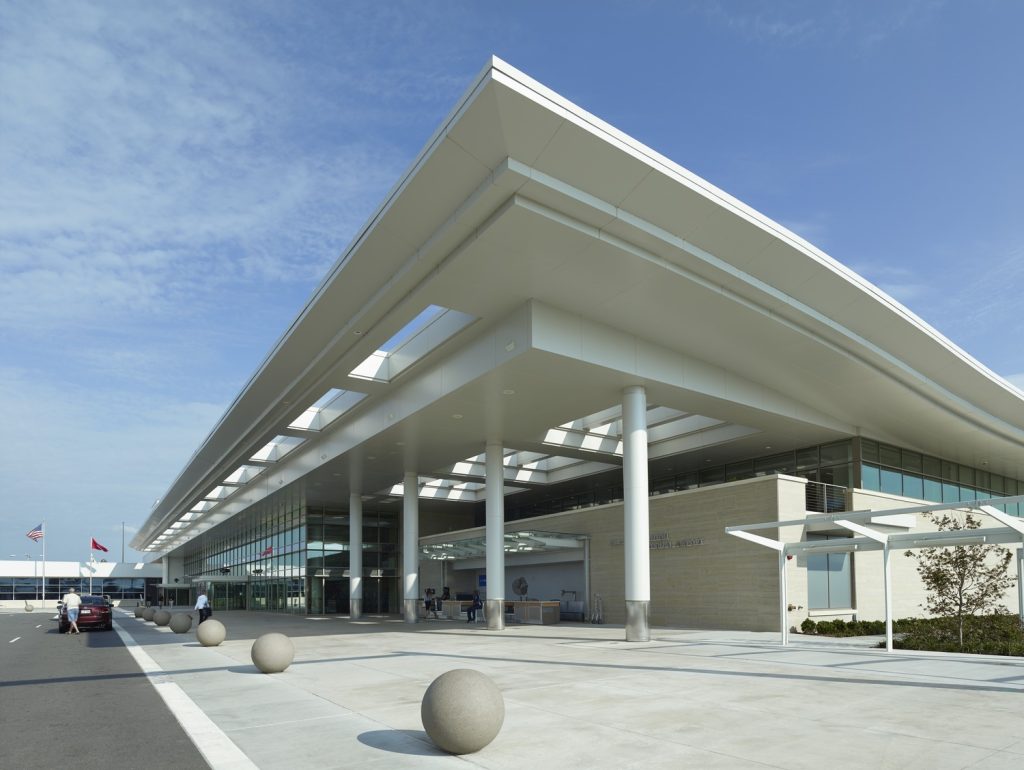 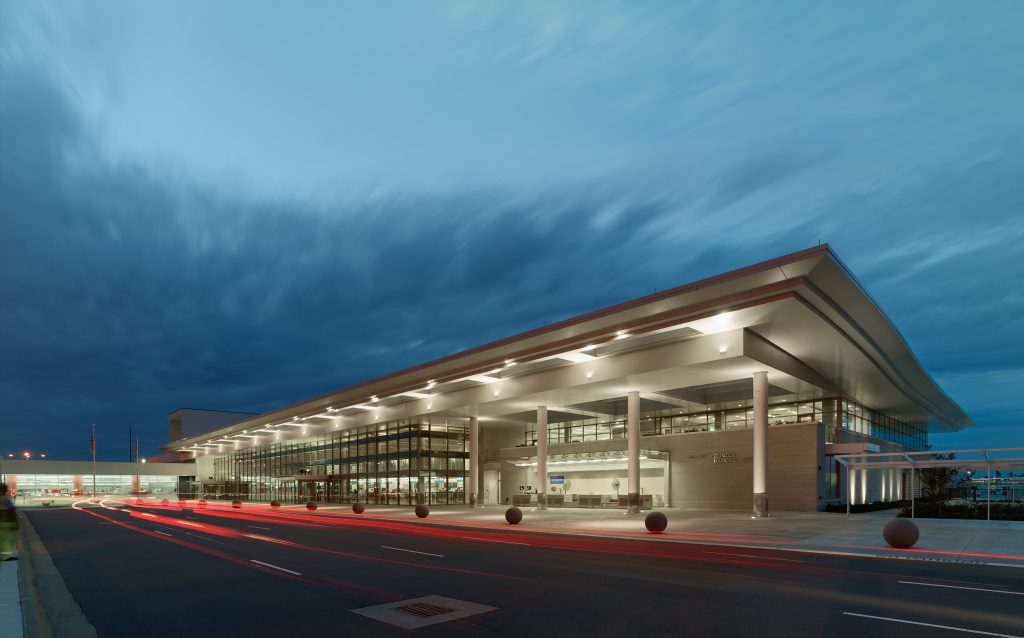 Photo by Timothy Hursley
1 of 4 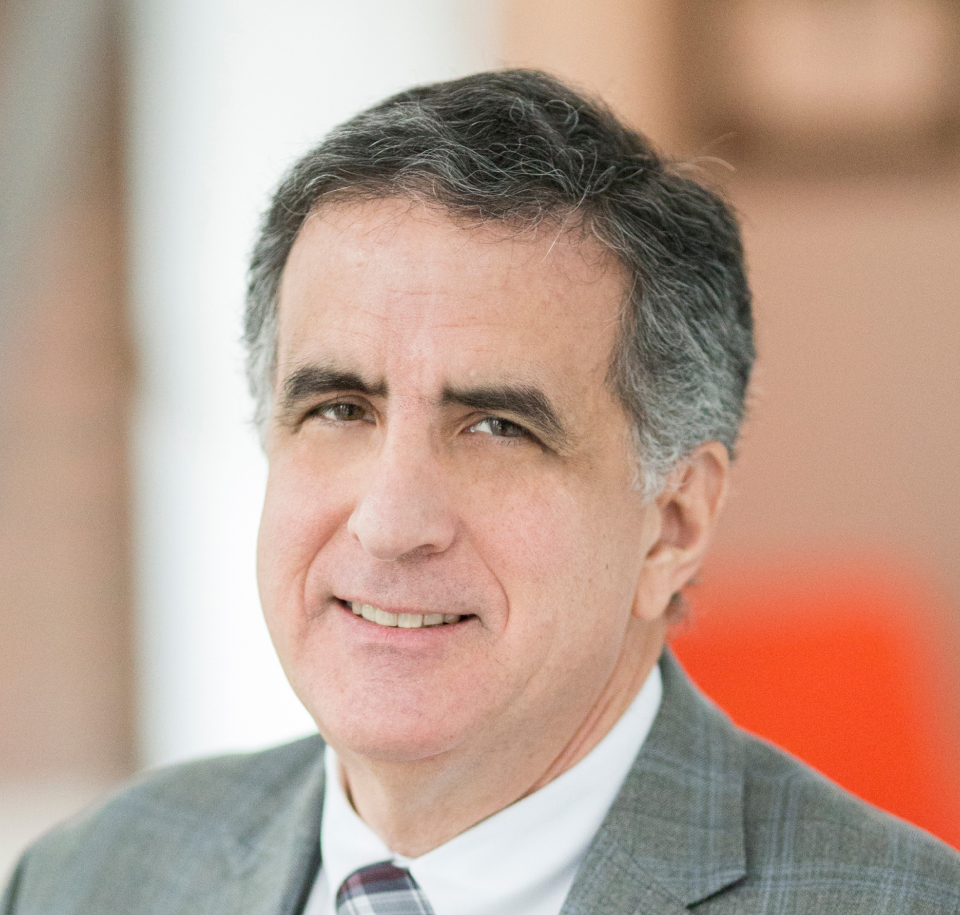 East Texas Electric Cooperative (ETEC) commissioned construction of a new hydroelectric plant at the site of the fifty-year-old Lake Livingston Dam, an approximately 2.5 mi earthen embankment that impounds a water supply reservoir. The project included constructing an intake structure at the embankment, three reinforced concrete penstocks, and a powerhouse on the downstream side of the existing spillway and along the Trinity River. SGH provided engineering services during construction of the hydroelectric plant and continues to serve as the chief dam safety engineer, as required by the Federal Energy Regulatory Commission (FERC).
South

The White Rock North Water Transmission Main is a prestressed concrete cylinder pipeline, embedded cylinder type, which delivers 200 million gallons a day of treated water. SGH was hired as a subconsultant to perform a failure investigation of the transmission main after a pipe segment ruptured.
See All Projects