The Case of the Car Dealership Floor Failure 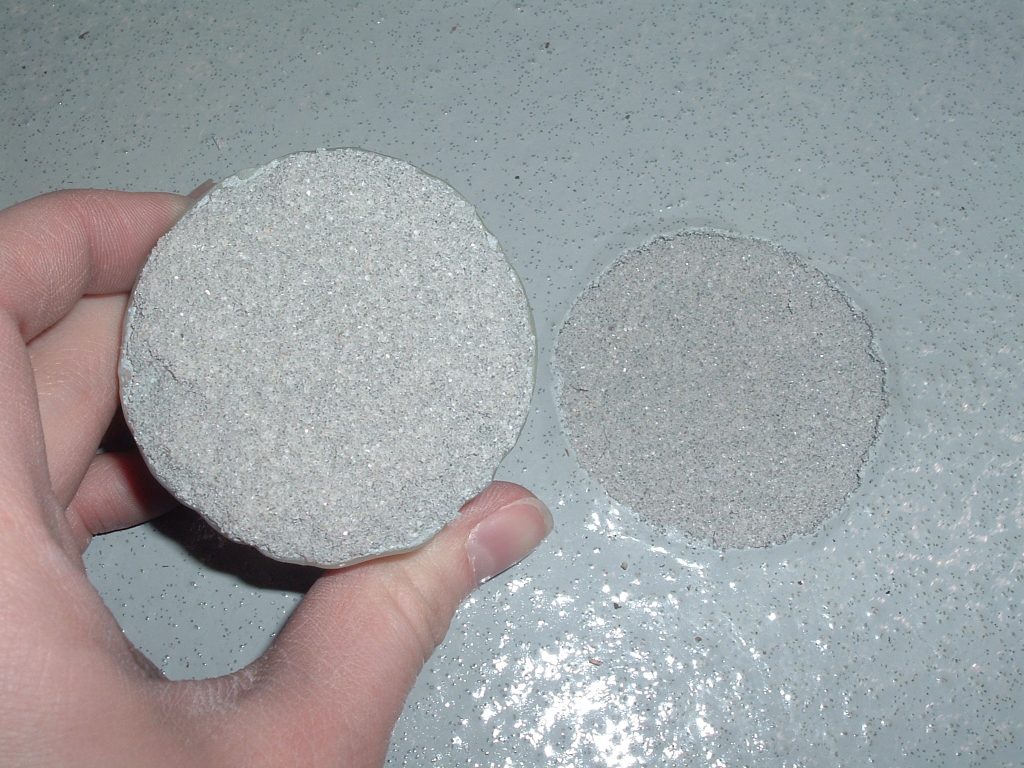 In the article, the authors describe how service and maintenance workers noticed the floor coating coming off in sheets, which seemed to originate where heavy tools and parts fell. The dealership initiated a flooring investigation shortly afterward to determine if the failure was due to these drops or if something else was at fault.

Investigators noticed a thin layer of concrete underneath the delaminated coating, but no moisture or soft resin. To explore more closely, investigators conducted pull-off adhesion testing and a petrographic analysis of the concrete slab-on-grade and found the delamination was due to a weak surface zone of the concrete underneath the floor coating, and not due to the application of the epoxy coating system.

The authors outline several reasons for the weakened concrete surface “ including the concrete mix design, finishing process, curing process, and surface preparation. They also describe their recommendations for repair and note the importance of mockups and testing to help avoid these issues on future projects.

“In the end, the flooring system failure discussed here highlights the importance of two key elements of construction: the use of mockups and small-scale testing within a construction project,” the authors conclude. “The damaged concrete could have been addressed during original construction with far less cost and inconvenience to the building occupants.”