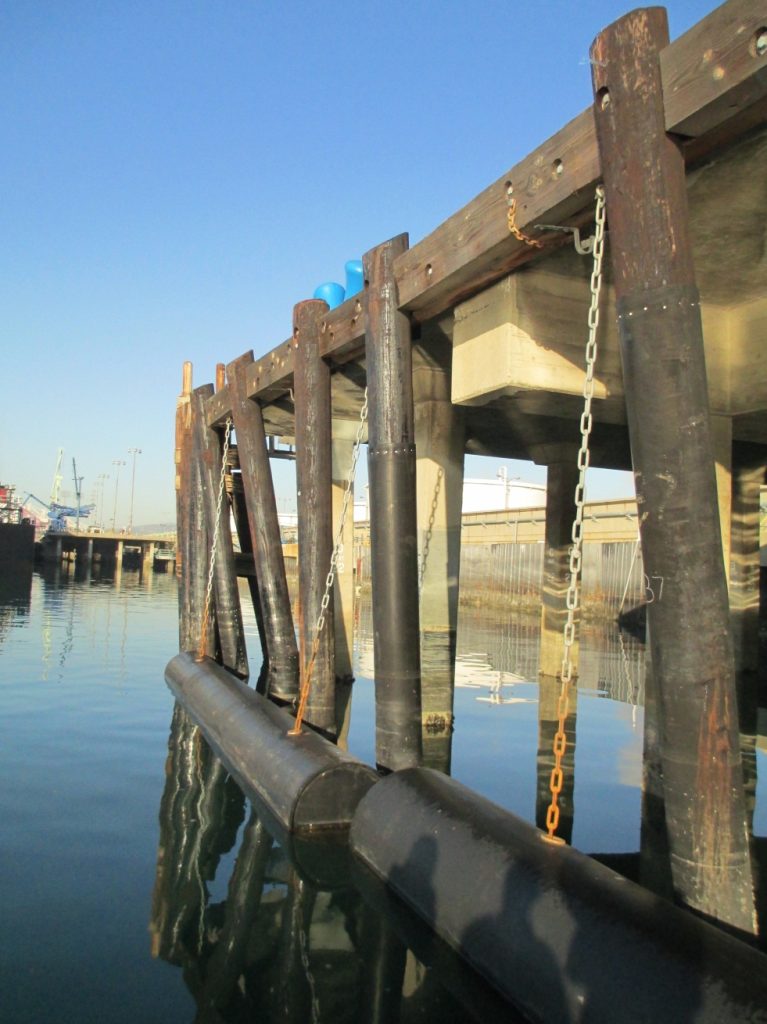 ASCE/COPRI 61-14 Seismic Design of Piers and Wharves is a consensus-based standard that specifies provisions for the seismic design of new pile-supported piers and wharves. In its current form, however, the document is not intended for the seismic assessment or retrofit of existing piers and wharves. It includes design provisions intended to be beneficial for adequate seismic performance of a pier/wharf structure, such as ductile detailing, compliance with capacity protection principles, structural continuity, and use of materials of a certain quality. The problem is that many existing piers and wharves have been either underdesigned or were constructed without compliance with current seismic provisions. These structures are, in most cases, handicapped, possess unfavorable characteristics, or their components may have degraded due to material deterioration, mechanical damage, or were affected in previous earthquakes. Hence, applying ASCE/COPRI 61 provisions for seismic retrofit of existing structures requires careful thought. The proposed methodology presented here aims at evaluating and seismically retrofitting the structural system of a pier or wharf following ASCE/COPRI 61 as much as possible. The process starts with identifying seismic deficiencies in the structure as part of a detailed evaluation process, including the gathering of as-built information for the structure, the definition of site seismic hazards, and the intended use of the structure and target performance level after the retrofit. For evaluation purposes, the methodology includes using fragility functions to estimate different levels of damage for increasing levels of deformation. As far as seismic retrofit goes, a key component of the process is the selection of a target seismic retrofit objective with corresponding target structural performance levels (minimal damage, controlled and repairable damage, and life safety protection) for both the structure elements, including acceptance criteria for the members, after conducting nonlinear static pushover analysis with due account of soil-structure interaction and definition of strength, stiffness, and deformation capacity of both the original and the retrofitted structure. The paper does not focus on specific mitigation/seismic remediation procedures but rather on describing the proposed seismic evaluation and retrofit methodology.