Performance based analysis of a historic high rise building 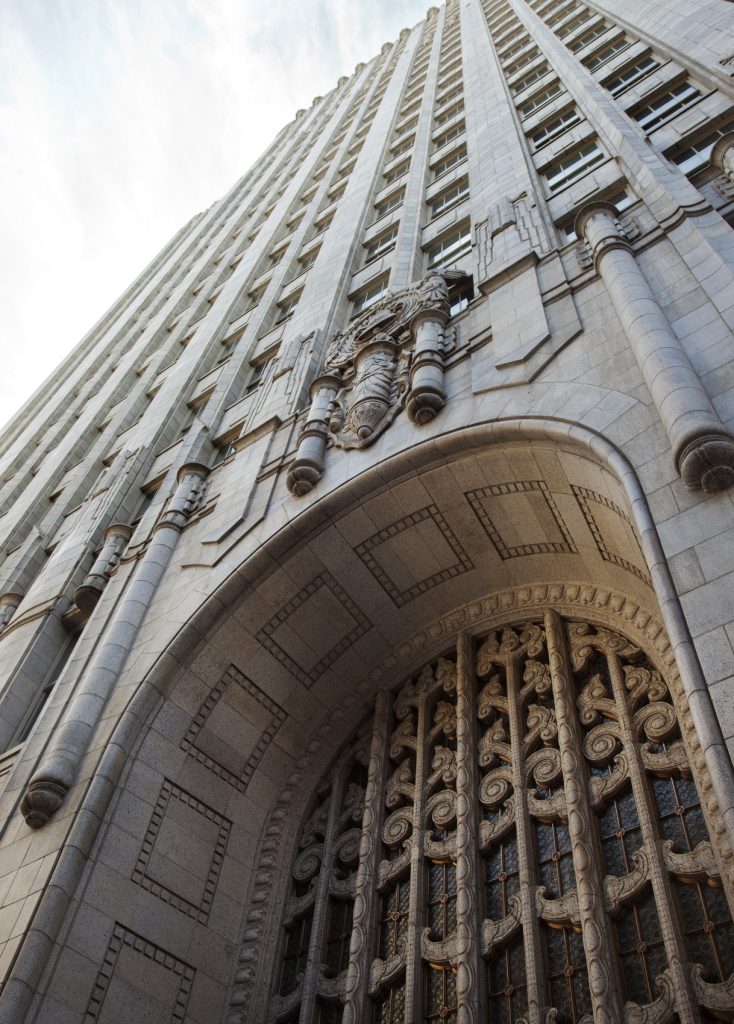 The authors employed high-fidelity computer modeling to analyze the probable seismic performance of an existing high-rise, steel frame building with unreinforced masonry infill walls in downtown San Francisco. The Pacific Telephone and Telegraph Co. building at 138 New Montgomery is a 26-story, historic office building. Constructed in 1926 this building was the tallest building in the western United States for a long period of time. The building’s structural system comprises perimeter unreinforced brick masonry walls infilled within and supported by a steel frame. We conducted our analysis in support of the building’s conversion to residential occupancy. As a result of the occupancy conversion, along with associated architectural modifications throughout the building, Section 3403 of the San Francisco Building Code (SFBC) requires a seismic upgrade such that the building has a code-compliant lateral-force resisting system with no less than 75% of the strength specified by the code for new buildings of similar occupancy and structural system. Since the existing building does not have a lateral force-resisting system recognized by current U.S. codes, compliance with the prescriptive requirements would have required expensive retrofits. Instead, the authors employed a performance-based approach using the existing masonry infilled steel frame for a substantive portion of the building’s seismic resistance, together with a new supplemental interior reinforced concrete shear wall. Rather than design to achieve code-specified strength limits, we used nonlinear response history analysis to demonstrate acceptable behavior under Maximum Considered Earthquake (MCE) shaking. Detailed modeling of the interaction between the masonry infill and steel frame is a key component of this approach.