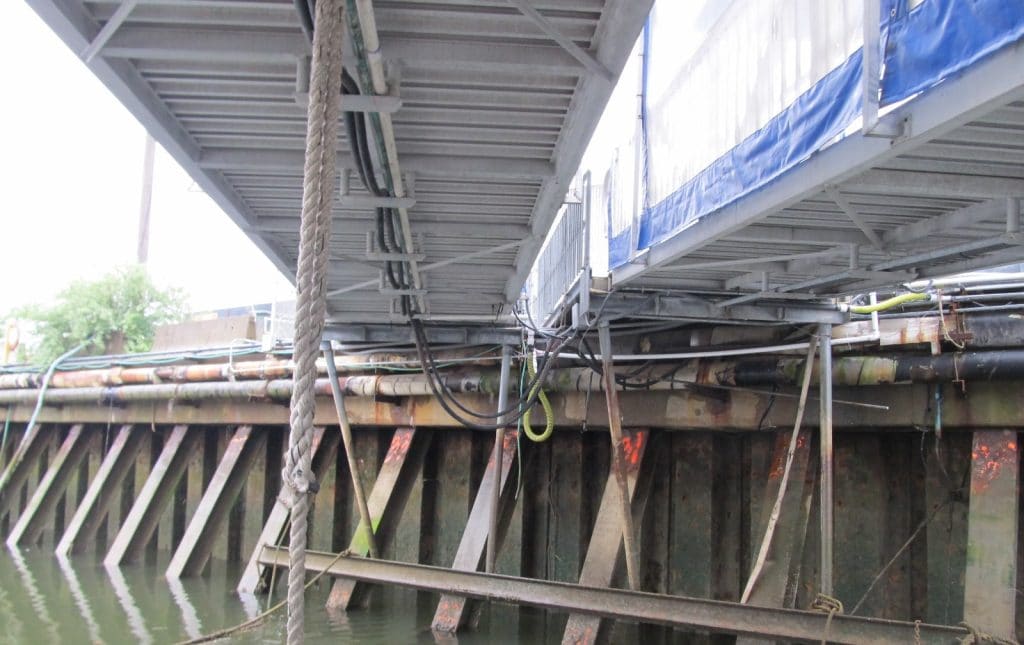 This paper presents findings from a research project on the development of a numerical framework to predict the collapse load of a wharf supported by corroded piles under gravitational loads. Data from a detailed marine investigation performed in 2012 were used to analyze the structure. The nonlinear responses of corroded piles were predicted using detailed finite-element analyses and incorporated into a simplified model of half of the wharf. This paper investigates the performance of the structure and its dependence on the superstructure stiffness, substructure redundancy, and distribution of the degree of pile corrosion. The findings indicate that increasing the stiffness of the superstructure up to a limiting value results in enhanced load redistribution capability of the structure, a larger number of buckled piles prior to collapse, and a higher collapse load. The results also show that buckled piles may continue to support loads close to but less than their peak capacities if the superstructure is stiff and strong enough. The paper provides a framework for assessing the performance of similar highly redundant, heavily deteriorated structures.

Effect of Moored Vessels on Seismic Response of Structures