Last month, I participated in an earthquake reconnaissance mission to Mexico City following the deadly 7.1-magnitude earthquake on 19 September 2017. The mission was organized by the Structural Engineers Association of Southern California (SEAOSC) to gather information to help Southern California cities increase their earthquake preparedness as part of the recent resiliency movement. The six-person Safer Cities Reconnaissance Team (SCRT) spent six days in the region from 10–16 October. It was a highly educational trip, from which I gathered three key takeaways. 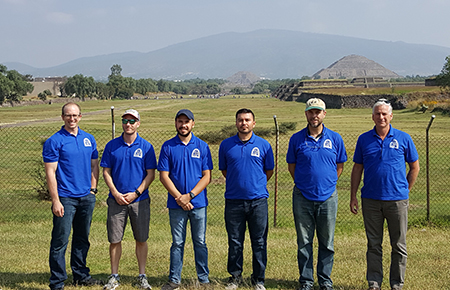 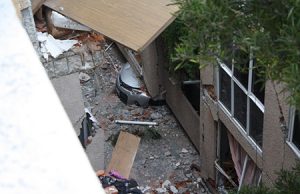 According to Dr. Luciano Roberto Fernandez Sola from Sociedad Mexicana de Ingenieria Estructural (SMIE), almost all of the thirty-two confirmed collapses in this 2017 Central Mexico Earthquake were constructed prior to 1985. This means that these structures survived the 1985 earthquake, but had deficiencies that were not mitigated. Differences between the 2017 Central Mexico and 1985 Mexico City earthquakes likely caused most collapsed structures to experience greater accelerations based on the stiffness of the building and soil. The most prominent deficiencies in the recently collapsed structures were a soft or weak story (see photo 1), torsional stiffness/strength irregularities, and non-ductile detailing of concrete members. Settlement, pounding, and group effects also caused significant damage. 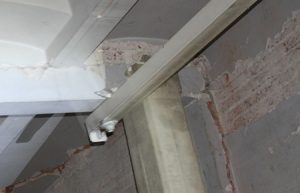 The team found several cases where seismic retrofits clearly prevented building collapse. A common retrofit technique observed in Mexico City was the addition of full-height exterior steel braced frames. Many retrofitted buildings generally matched the profile (in their unretrofitted condition) of structures that collapsed. The team also observed successful deficiency-based retrofits for soft or weak stories and non-ductile concrete detailing. The most obvious example of a life-saving seismic retrofit was a building in Jojutla, Mexico. The seismic retrofit provided secondary “catcher” columns, which successfully supported beams originally bearing on a wall when the wall collapsed (see photo 2). Two people were in the building during the earthquake and evacuated safely, thanks to this retrofit.

Evacuated Green Tagged Buildings: Everyone Can Be Displaced! 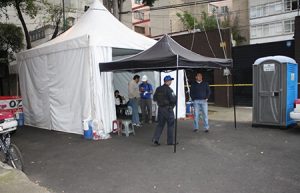 Unfortunately, no one is immune to being homeless after an earthquake. Even some well-performing, green-tagged buildings in Mexico City were evacuated because nearby red-tagged buildings posed a collapse hazard. Vulnerable buildings are a problem for the whole community, not just the building’s tenants or building owner. We all have a vested interest in the performance of our neighbors’ buildings. As a resident of Los Angeles, this makes me wonder: what is the real number of buildings affected by the 1,000+ non-ductile concrete buildings in the city?

I’d like to thank SEAOSC and SGH for this amazing opportunity and wish all of our friends in Mexico well as they continue to rebuild. We have an opportunity to learn from this earthquake. The building performance and community resilience lessons are clear, now it is up to Southern California to act.